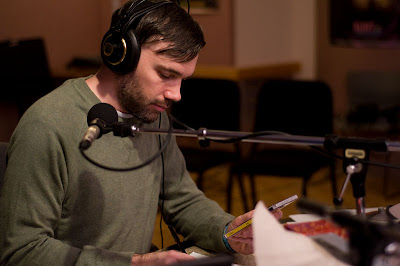 On Tuesday, I went in to CBC to do an interview / recording session for Radio 2 Drive with Rich Terfry. Jose and Randy joined me and we did our best pre-noon version of "Air Highway" and a new song, "Angel Spies." Rich is from Nova Scotia too, he studied biology in college and already knew the science meaning of hopeful monster when he heard the band name. What he doesn't know is, I saw him play at a tiny Gottingen Street art gallery, way back when he was Stinkin Rich, and... I think... he was only wearing a diaper. Or maybe he had a mime with him, who was wearing a diaper. Somebody was feeding somebody something with an oversized spoon. It was a really long time ago. I was impressed though, a simple joke that put the whole set into context..

It was nice chatting with Rich in person, and playing the 1940 Steinway grand piano at the CBC studio. The session airs Thursday, April 22 on CBC Radio 2 around 5 - 7 pm. It'll be posted at Live on Drive after that.

On Saturday evening I opened for Lily Frost at the Aeolian Hall in London, Ontario. It's a beautiful, 150 year old concert hall that has also been a furniture shop and East London City Hall, among other things, over the years. Clark Bryan, the owner, is a concert pianist who lives downstairs with two Steinway grands and a music academy. On stage there is a new Yamaha grand, signed inside by Chick Corea when he performed there earlier this year. The hall has been listed among the top 10 acoustic spaces in the country. Great Lake Swimmers recorded an album there, which is funny cuz I did a throw to them when I was recording station IDs at CBC.


Randy and Jose joined me for a few songs. We are all in Lily's band, doing songs from her new album, Viridian Torch, for the first time. Jose produced the album and Randy co-wrote some songs, including "Forest Fire." The Toronto launch party is May 20 at Hugh's Room. She plays the following night with her swing band.

I set the video camera up before sound check, and then the piano got moved. Thanks to Gord Paul for flying in and saving the shot! 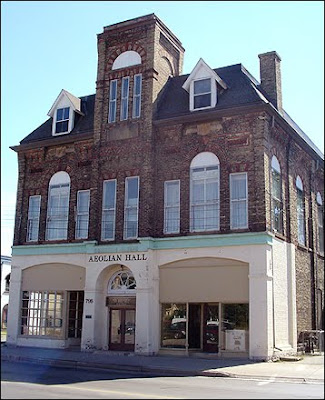 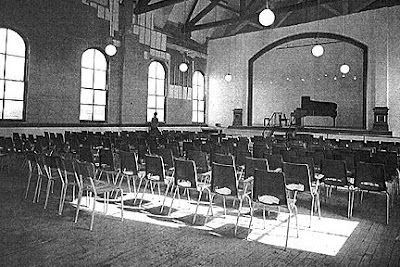 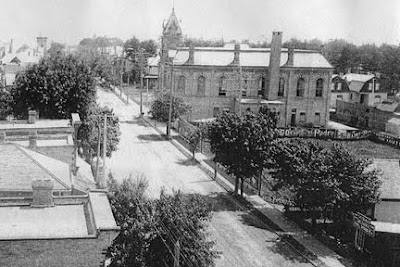 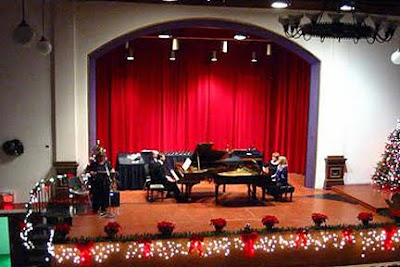